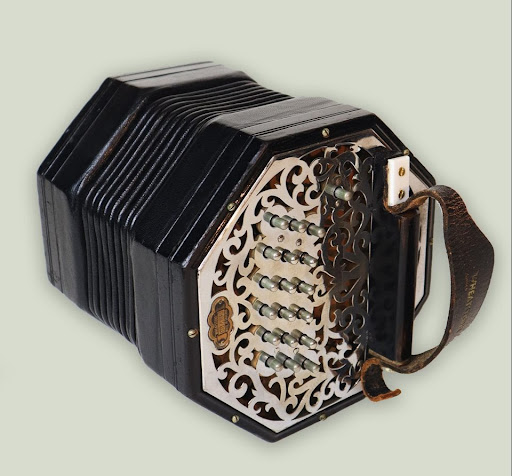 For playing Irish Music, the 30 key G/C Anglo Concertina must be a must-have.

You get a 30 Key G/C Anglo Concertina Box and the Book ‘The Irish Concertina’ by Mick Bramich. This combo will give you the best squeezeBox as well as the best tuition method to become a competent concertina player.

Anglo is often used in dance-music, especially Morris and Irish music. It can also be used to accompany songs, shanties, etc. Every button produces a different note depending on how the bellows are pushed and drawn. There are therefore TWO notes per button. The right-hand side has the highest notes, while the left side has the lowest. You can play the melody with your right hand and the vamp chords using the left.